The 5 Deadliest snakes in Kenya

The 5 Deadliest snakes in Kenya
82 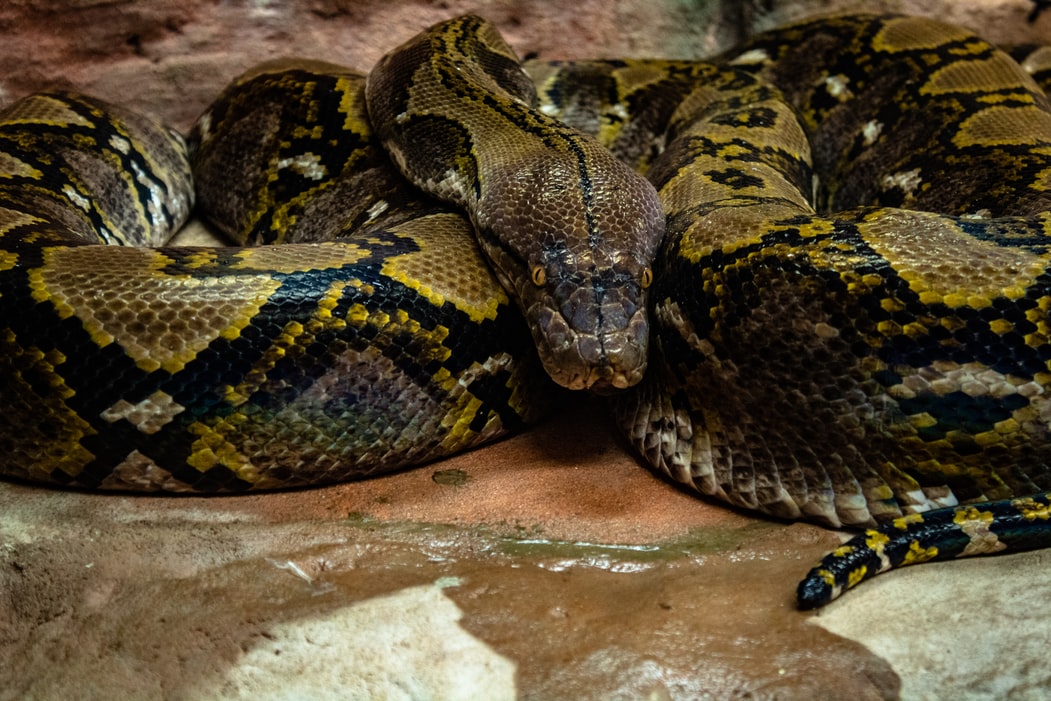 The first among the big five snakes in Kenya is Cobra. In Kenya there are four species of Cobra, the Black Necked Spitting Cobra, the Red Spitting Cobra, Egyptian and Forest Cobra. Cobras in Kenya are mostly found under the thick undergrowth, rocks and in piles of dead vegetations. Egyptian Cobra is aggressive while the Spitting Cobra does respond directly toward the threat by spitting venom (Western, Russell & Cuthill, 2009).

Python is a non-venomous constricting type of snake. The African Rock Python likes sunning on rocks and in vegetations (Ogutu, et al 2011). This type of snake likes feeding on rabbits, small antelopes and spring hares. They  grows to very large snakes with almost 9 foot. Pythons can be caught in water. Despite the fact that they are harmless, large Python tends to make dreadful wrestle against the opponent (Wato, Wahungu & Okello, 2006).

The other snake among the big five is the Puff Adder.

This is among the most dangerous   in Kenya. The problem with this type is that they move with a high speed (Ogutu, et al 2011). While lying on the warm earth patches, they tend to be slow when moving out of the path but are fast to strike with pair of massive fangs hinged to the mouth. In general, the venomous  is quite dangerous and has a package of heavy dose of venom. Despite this, they  plays a crucial role within the eco-system (Lamprey & Reid, 2004).

Another type of snake found in Kenya is referred to as Boomslang or the Back Fanged such as Twig Snake. They are venomous but have lesser threats which are due to their fangs that are located in rear of their mouths (Wato, Wahungu & Okello, 2006). In fact, the Boomslang is a tree snake where the male is bright iridescent green and female is dull brown. On the other hand, Twig snakes are small and narrow species. Their name is taken from the highly effective camouflage which makes them to be virtually hard to distinguish from sticks and twigs (Ogutu, et al 2011).

The last snake among the big five is the infamous Mamba. Green and Black mamba are known all over for being terrifying and a deadly ones. The fact is that Mamba carries extremely toxic venom they are part of elusive snakes. This type of spends large part of its life hiding in trees and in thick bush while hunting birds. An encounter with mamba tends to extreme rare and unusual thing. They tend to avoid such encounters with humans (Wato, Wahungu & Okello, 2006).

The Nairobi Snake Park was started in January, 1961 to meet a popular attraction and to provide a research facility on reptiles, breeding of snakes. Live snakes were exhibited on experimental basis at the entrance of the Museum in 1958 which later became a popular attraction.When the popularity was noted, a portion of land in front of the Museum and down to the Nairobi River was acquired by the Museum Trustees for the development of Botanical gardens and exhibitions on live snakes.

This idea was developed further in 1959, when money was made available for a combined facility, surrounded by a botanical garden and war memorial garden on one end.

By the end of 1960, the  Park was almost completed using funds made available by the War Memorial Committee. The Park was opened to the public in January 1961, as a centre for snake study before it transformed into a shelter for resqued reptiles and amphibians. It attracted a lot of interest from the public, researchers, conservationist and educators. Following its closure in August 2008, the  park reopened a year later after undergoing a major lift.

During the 2009/2010 financial year, about 123,000 visitors attended the park. In a bid to serve our visitors better, public programmes like octopus exhibition, interactive sessions with harmless reptiles and amphibians, exhibition on the birds and feeding of crocodiles with live fish. Audio Visual transmission of information on exhibitions, are under way. The aquaria have been modified with a classy touch of beautiful art work for their finishing. It is your world class tourist destination!

Salina
Reply
Your web site has exceptional material. I bookmarked the website

Vito
Reply
I discovered your website from Google and I have to claim it was a wonderful find. Many thanks!