Why Kenya is a must visit in Africa

Why Kenya is a must visit in Africa
82 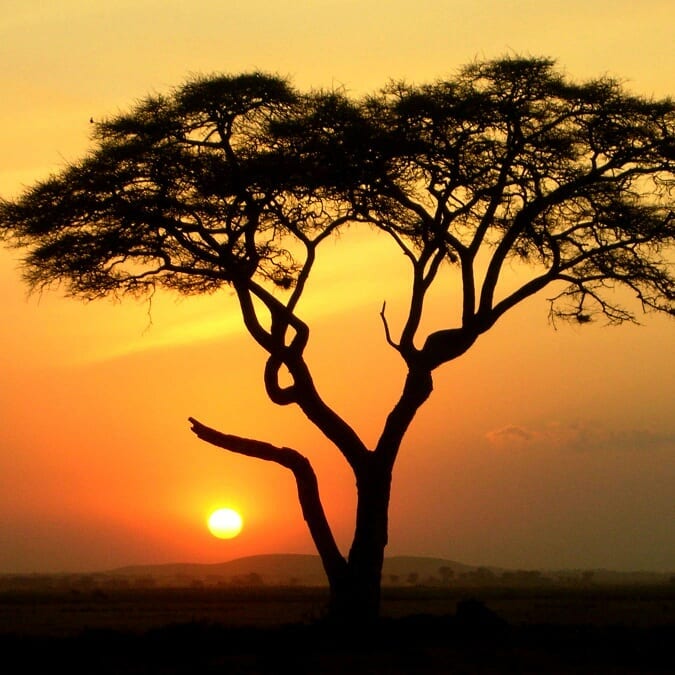 Kenya :Why  you should visit?

From its scenic landscapes, the extensive wildlife turfs, to the world-renowned distance runners and the most sought-after annual wildebeest, Kenya will surprise and enchant every visitor.

When you dream of Africa, you’re probably dreaming of Kenya. It’s the lone acacia silhouetted on the savannah against a horizon stretching into eternity. It’s the snow-capped mountain almost on the equator and within sight of harsh deserts. It’s the lush, palm-fringed coastline of the Indian Ocean, it’s the Great Rift Valley that once threatened to tear the continent asunder, and it’s the dense forests reminiscent of the continent’s heart. In short, Kenya is a country of epic landforms that stir our deepest longings for this very special continent.

Long after you have left Kenya, there are some things that will stay with you forever – little treasures, both tangible and intangible. You will occasionally remember the faces, the journeys, the tastes and sounds and you will smile to yourself because you got to experience something magical. Here are some unique reasons to visit Kenya:

Kenya is easily one of Africa’s greatest wildlife watching destinations, home as it is to the Big Five (African lion, African elephant, Cape buffalo, African leopard, and white/black rhinos). Whether it’s your first safari or your tenth, embarking on a mission to find the famous Big 5 is often the highlight of a trip to the wilds of Africa.

There are no prizes for guessing that the Masai Mara is the most popular safari destination in Kenya. With its abundant wildlife, iconic savannah views and of course the annual wildebeest migration, the Masai Mara deserves to be at the top of every visitor list.

Visit Amboseli and spot the large herds of elephants

Amboseli is another popular park, and the place to go for those picture postcard views of elephants trundling across the plains with the magnificent back drop of a snow-capped Mount Kilimanjaro in the distance. Don’t forget your camera! Home to over 50 animal species, Amboseli is known as the ‘Land of the Giants’ thanks to the large herds of elephants who roam the sun-baked savannah. It’s quite a rare spectacle, especially if you’re lucky enough to encounter some of the famous large tuskers.

Game drive in the Tsavo famed for the red elephants

Wild, uncrowded and authentic, Tsavo is renowned for its red elephants. The red elephants of Tsavo are the only red elephants in the world. Actually, they are really the same color as every other elephant in the world, but they just appear red due to constantly dust-bathing with the Park’s fine red volcanic soil. Tsavo has come a long way since the infamous man-eating lions of 1898. Today, Tsavo East and Tsavo West are vast, wild and perfectly safe for safaris! It’s not always easy to spot the Big 5 here, but they are there, and the difficultly just makes it even more exciting. The fun of safaris is in the anticipation as much as the sighting. Those who persevere will be rewarded with rhino, leopards, buffalo and yes, lions.

Visit Lake Nakuru and discover its flocks of pink flamingos

It’s not often you get to see black and white rhinos against a backdrop of pink flamingos, but here at Lake Nakuru it’s a common sight. The lake is famous for its enormous flamingo flocks who enjoy the shallow alkaline waters, and there are often more than a million of the birds nesting there.

The Wildebeest Migration is one of the “Seven New Wonders of the World” and also known as The World Cup of Wildlife. If there is a safari you should go on, this has to be it. The Maasai Mara and the Serengeti National Park together form what no other reserve or park in Africa can! It is incredible, it is magical, it is indescribable and it is a must!

Nowhere in the world is there a movement of animals as immense as the wildebeest migration, over two million animals migrate from the Serengeti National Park in Tanzania to the greener pastures of the Maasai Mara National Reserve in Kenya during July through to October.

The white beaches and azure waters along Kenya’s coastline have long put smiles on visitors’ faces. Mombasa, a melting pot of languages and cultures from all sides of the Indian Ocean, waits like an exotic dessert for travelers who make it to Kenya’s coastline.

Indeed, the city dubbed in Swahili Kisiwa Cha Mvita – the Island of War – has many faces, from the ecstatic passion of the call to prayer over the Old Town, to the waves crashing against the coral beaches below Fort Jesus and the sight of a Zanzibar-bound dhow slipping over the horizon.

Diani Beach in Kwale County is one of Africa’s leading beach destinations. With a flawless, long stretch of white-sand beach hugged by lush forest and kissed by surfable waves, it’s no wonder Diani Beach is so popular. This resort town scores points with a diverse crowd: party people, families, honeymooners, backpackers and water-sports enthusiasts. Diani Beach in Kenya is the perfect spot for surfing, because the tides are especially strong and cause great waves.

The undisputed gem of the Kenyan coast is Lamu and her sister islands in the Lamu archipelago. Lamu town is the most perfect example of a historical Swahili city in the world. A warren of rounded houses, airy courtyards shaded by palm streets, cafes serving steaming chapattis and cups of milky tea, inhabited by women in rustling black full-length robes and men riding donkeys, all overlaid with an omnipresent smell of spice – Lamu is hard not to love.

Kenya is a prime destination for a birdwatching. Tremendous geographical range gives Kenya a variety of climates and landscapes, hence the second highest number of species in Africa. From the world’s biggest bird, the Ostrich, to spectacular flamingos that congregate in their millions at the various Lakes of the Great Rift Valley and camouflage them in pink, Kenya holds some remarkable birding sights. Kenya holds the world-record ‘bird watch’ – with 342 species seen in 24 hours!

Enjoy Breakfast with the Giraffes

The Giraffe Centre is one of the top tourist attractions for visitors to Nairobi.  Don’t miss the opportunity to spend time with these wild giraffes. As well as a chance to learn all about giraffes in Africa, you will get the chance to feed a giraffe by hand and if you are lucky, even kiss one.

The famous Giraffe Manor is set in 12 acres of private land in a Nairobi suburb and allows guests to participate in sunset feeding sessions. One of the most fascinating things about Giraffe Manor is its resident herd of Rothschild’s giraffes who may visit morning and evening, poking their long necks into the windows in the hope of a treat, before retreating to their forest sanctuary.

Adopt an Elephant and Visit Conservancies

Each conservancy in Kenya is unique and provides you with unforgettable experiences. You get to see and even bond with incredible animals. But nothing will touch your heart more than adopting a baby elephant at The David Sheldrick Wildlife Trust.