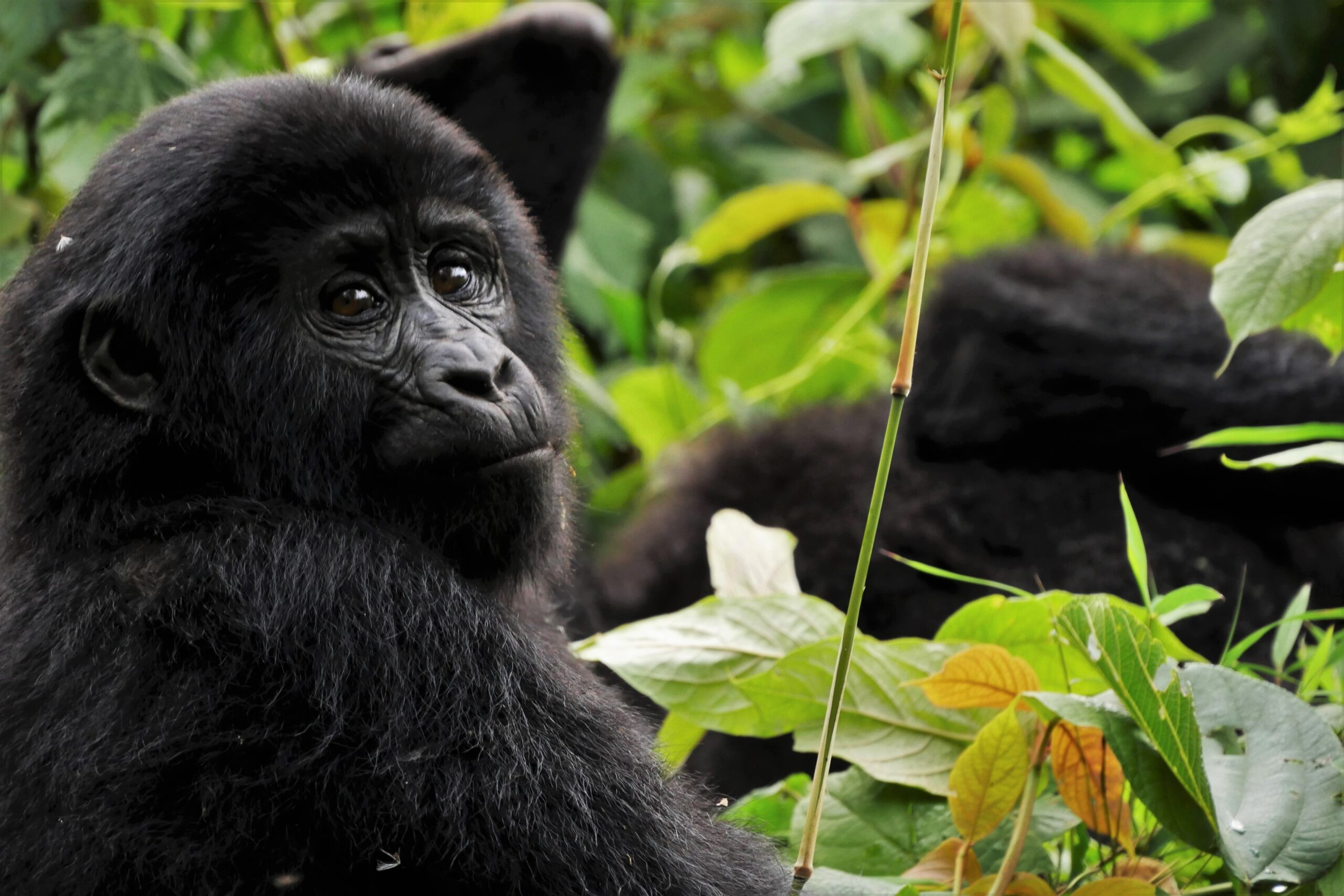 Gorilla Trekking in Uganda is surreal and without a doubt one of the world’s greatest wildlife experiences. The thrill of a close encounter with the reclusive mountain gorillas in their natural habitat is unlike any other experience in Africa.

Uganda offers the best chance of viewing these delightful apes with the fact that it boasts two parks where they have been habituated for human visits; the Mgahinga Gorilla National Park and Bwindi Impenetrable National Park which harbor over half of the remaining world mountain gorillas.

Mountain Gorillas can only be found in the Virunga mountains in the DRC, Rwanda, and Uganda. Uganda holds 60% of the total mountain gorillas left in the world with about 400 of them residing in Bwindi Impenetrable National Park. Bwindi is the most popular place to trek the gorillas in Uganda. The Park is located in the Southwestern part of the country and is one of the most diverse national parks in East Africa.

Most trekking in Uganda takes place in Bwindi, where there are multiple starting points and several gorilla families to track. The time spent tracking gorillas depends and varies from half an hour to eight hours depending on the gorilla movements. This activity starts with a briefing at 8am at the park headquarters of any sector you are booked to track, and after the tracking, you set off to the forest with the guide of the rangers who guide you to the spots where the gorillas may be found. Visits are led by park rangers and groups of 8 are allowed to observe the gorillas for one hour, in silence and at a safe distance. You are allowed only one hour in the midst of these great apes so as not to distract their behavioral patterns.

It takes persistent effort to reach the gorillas. It requires navigating uphill and downhill through thick tangles of vines, thorns, and roots. The appropriately named Bwindi Impenetrable Forest National Park is only accessible by foot. There are no paths, no signs, no directions—and more often than not, no clearings (which is why the park rangers carry machetes).

Uganda is a primate-lover’s paradise. In addition to mountain gorillas, Mgahinga is home to another endangered species: the golden monkey. These furry, comical monkeys live high up in bamboo forests. Tracking golden monkeys is very similar to tracking gorillas, but the trek itself is not quite as challenging.

Gorilla trekking in Uganda is a year-round activity and permits are issued every day. However, most people prefer to stay dry and travel during Uganda’s dry season which is May-September and January and February. Bright and sunny days are more prominent during these months and visitors are much less likely to experience those rains down in Africa.