A guided tour of the city of Nairobi (better known as the city in the sun) will generally include the city market; which houses several curio shops. Its surrounding bazaars, a drive past Kenyatta International Conference Center, which was until recently the highest building in the region, the parliament buildings which are adjacent to the late Jomo Kenyatta’s mausoleum, the railways museum and the Nairobi University.
For coffee lovers, feel free to ask your guide to show you to one of the many coffee lounges for a cup of pure Kenyan coffee.

Nairobi  is  East Africa’s most cosmopolitan city,  it is   Kenya’s beating heart, an exciting, maddening concrete jungle that jarringly counterpoints the untrammeled natural beauty to be found elsewhere in the country. Popularly known as the City under the Sun.

The city originated in the late 1890s as a colonial railway settlement, taking its name from a water hole known to the Maasai people as Enkare Nairobi (“Cool Waters”). When the railhead arrived there in 1899, the British colonial capital of Ukamba province was transferred from Machakos (now Masaku) to the site, and in 1905 Nairobi became the capital of the British East Africa Protectorate. From about 1900 onward, when a small Indian bazaar was established at Nairobi, the city was also a trading centre.

As a governmental centre, Nairobi subsequently attracted a stream of migrants from rural Kenya that made it one of the largest cities in tropical Africa. It was declared a municipality in 1919 and was granted city status in 1954. When Kenya gained independence in 1963, Nairobi remained the capital.

Nairobi’s polarizing character ensures that the city is reviled and loved in equal measure, and even those who love it might well admit that it’s the kind of place many rave about only once they’re away from it. For those who call it home, the city’s charms include a vibrant cultural life, fabulous places to eat and exciting nightlife. Its detractors point to its horrendous traffic, poor safety levels (‘Nairobbery’ is a common expat nickname) and its less-than-gorgeous appearance.

However, with a fabulous national park(a large reserve for numerous mammals, reptiles, and birds, a popular tourist attraction) on its doorstep, some wildlife-centric attractions, the excellent National Museum and a series of quirky sights, Nairobi’s reality – like that of so many places with a bad reputation – will often come as a pleasant surprise.

A visit to Maasai Village Market in Nairobi is the best place to load up on East African souvenirs. The market is made up of an array of African artifacts and it forms a regional convergence zone for different peoples and tourists. Every Tuesday, the market is buzzing with activity; the milling crowd growing bigger with each passing minute.

People from various African cultural backgrounds in the region frequent the market, making it a boiling point of business activity revolving around cultural artifacts. It is curious that the market is commonly called “Maasai market,” because Kenya is a conglomeration of more than 45 distinct communities. Many lines of argument abound as to the reason the market was named after the Maasai, one of the most well-known and culturally resilient communities in the East Africa region.

The Nairobi Railway Museum represents the historical growth of Kenya to the country it is now. The Museum was opened in 1971, and much of the credit for its foundation goes to its first Curator, Mr. Fred Jordan, who had been with the railways in East Africa as from 1927. Realizing the speed at which changes were taking place on the railway system he saw the need to preserve as many links with the past as possible.

He began to gather items which were to form the nucleus of the present-day museum’s fascinating and growing collection. The Nairobi Railway Museum provides answers to many unanswered questions concerning the early history of the rail and Kenya’s development. Nairobi Railway museum consists of the Main Gallery, the Resource Center, the auditorium and an outdoor collection of locomotives, wagons and coaches. Wandering on and around the locomotives makes for a lovely outing and gives you a surprising amount of insight into the nation’s development.

The museum itself is almost a time capsule within a time capsule—a well preserved effort from the post-independence days of the 1970s to conserve an emblematic part of its colonial past. Fitting then is the location of the museum, tucked away amid the modern skyscrapers of the central business district. The rising buildings are a constant reminder that all these days are past. 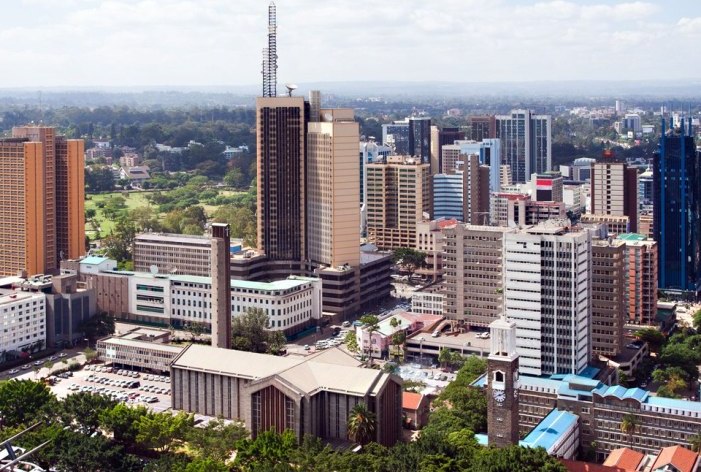 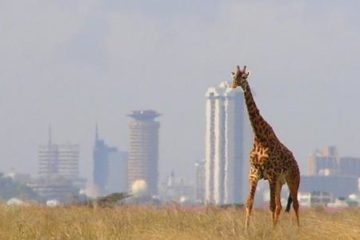