Naivasha in the eastern arm of the East African Rift System, 35 mi (56 km) southeast of Nakuru, Kenya. It is flanked by the Ilkinopop (Kinangop) Plateau (east) and the Mau Escarpment (west). The lake lies on an alluvium-covered flat in the valley floor and is flanked on the north by an extensive papyrus swamp.

It is the highest of the lakes in the eastern part of the rift system, and is situated at 6,180 feet (1,884 m) above sea level. Its level and size fluctuate periodically; in the mid-1970s it covered about 81 square miles (210 square km). Its main tributaries are the Engare Melewa and Gilgil rivers.

Although it has no outlet, the lake’s waters are fresh. Several species of Tilapia and black bass (introduced) are the basis of commercial and sport fishing. Bird-watching is also popular. Lake Naivasha serves as a weekend resort for residents of Nairobi, the capital of Kenya, to the southeast

It’s one of the smallest National Parks in Kenya, but its unusual features and charm compensate for what it lacks in size. It covers an area of 68.25 square km and is situated in the environs of Lake Naivasha about 90km from Nairobi. The park is 14 km after the turnoff of the old Nairobi- Naivasha highway. It is characterized by diverse topography and geological scenery.

The towering cliffs, water formed gorges, a variety of wild animals (such as African Buffalos, Zebras, Elands and Thomson’s Gazelles), over 100 bird species including Vultures, Verreaux’s eagles, Augur buzzards and unique flora give this park an almost magical feel. The park is also home to Olkaria Geothermal Power Station, the first productive geothermal installation in Africa.

Hell’s Gate has two gates – the main Elsa Gate and the Olkaria which serves the Olkaria Geothermal Station. Hell’s gate can be visited for hiking and cycling throughout the year, but wildlife viewing is best in dry months from June to October when the grass is short.

Inside Kenya’s Great Rift Valley lies Crescent Island Game Sanctuary, Naivasha’s best kept secret. Here, wildlife lives in relative peace and tranquility, a heaven and haven for herbivores, as there are no carnivores chasing after them.

With a higher population of animals than many other parks in the country, Crescent is an ideal spot to walk among the habituated herbivore wildlife. The island, in the shape of a crescent, can be accessed by boat or road. The area is unfenced and wildlife from the mainland freely goes in and out. Although still referred to as an island, the sanctuary was created in 1988, when the island became a peninsula.

On Crescent Island, game viewing is pretty easy. You can spot a variety of animals from giraffes, elands, wildebeest, zebras, impalas, etc. There are also several avian species and aquatic habitat. The Lake is home to lots of hippos which can be spotted easily from the island. Some of the birdlife residents at the Crescent Island are the fish eagle, herons, ospreys, black crakes, and lily-trotters. A good number of herbivores and mammals can be found grazing the surrounding areas of the lake.

Some of the grazers include zebras, impala, buffalo, kongoni, giraffe and hippos at night. At Crescent island, you can see giraffes and other wildlife up close or simply set up a picnic and relax. There are no predators to intimidate or prey on them so they live freely. In addition to the walking safari experience, there are guided boat rides that let you see an assortment of birdlife from pelicans, cranes and smaller brightly colored birds on the banks.

Dream of Africa and chances are you dream of Maasai Mara. It is the home to Africa’ Big Five species, as well as an abundance of other wildlife, including wildebeest, cheetah, hyena, giraffe and many more. It borders the Serengeti National Park Tanzania. Often described as nature’s greatest spectacles, the great migration is one of Africa’s dramatic stories.

This occurs every year between July and October where more than 1.5 million wildebeests, zebras, gazelles and elands move mysteriously from the Serengeti in Tanzania to Maasai Mara in Kenya in search of grass and water. This movement offers nature lovers the opportunity to view as predators such as the Lion, Hyenas, Crocodiles and Cheetahs prey on the wildebeests. This mass movement is one of the Seven Wonders of the World.

Balloon safaris are a romantic and evocative way of experiencing the wilderness of Kenya’s Maasai Mara, as you gracefully and silently soar high over the savanna plains while wildlife roams free beneath you. The view from above the Maasai Mara Game Reserve shows magnificent views of the Mara River, the great migration, herds of elephant, antelope, giraffes feeding from the tree tops, cheetahs, leopards, lions hunting and more.

The landscape is stunning and free, and the abundant wildlife makes for spectacular aerial viewing.  The wrap-around view of the earth and sky is one which cannot be experienced in any other way, making ballooning in the Maasai Mara a unique, wonderful, and scenic experience. Ballooning is also one of the most eco-friendly ways of watching wildlife as Balloons do not make as much noise as cars hence don’t scare animals. The scenery from a hot air balloon is unforgettable due to its spectacular and breathtaking nature; the ultimate safari experience.

The hot air balloon flight takes you over the diverse habitats of the Masai Mara Reserve. The flight is followed by a champagne breakfast “in the bush”, with a well laid out seating arrangement and waiters on hand, to give you a fitting finale to your memorable flight in the wild.

You will be picked up at  your Nairobi Hotel    and commence drive to  southwest to reach Maasai Mara. Enjoy  hot lunch  at   Narok  and   thereafter  proceed    to  reach  Maasai  Mara  in the early  afternoon.  After  check  in  depart  for   an  evening game drive in Maasai Mara Reserve. Dinner and overnight will be at Lenchada   Tourist  Camp or Rhino Tourist Camp or Miti Mingi Eco Camp
6

You will depart after breakfast to Maasai Mara Reserve for full day game viewing drives. Picnic lunches will be served as you relax under a tree as you see the vast landscape and its beauty.  We  are  90%  hopeful that   you  will  see  the  big  5  animals   among  many  more  wildlife   as   well. Thereafter you will return to the lodge for dinner and overnight at Lenchada   Tourist Camp or Rhino Tourist Camp or Miti Mingi Eco Camp  .
7

After  breakfast, enjoy  morning  game drive as   you  depart  for  Naivasha . Enjoy  Lunch  on the   way   and   arrive   for   dinner  and  overnight  at  Taphe Tourist Resort

Day 5:Visits and Activities in Lake Naivasha and Hells gate and Drive to Nairobi.

After breakfast you will  depart  for   a     visit  of   Hells   Gate where you will take a walk and bike ride.
Thereafter embark on your return journey to Nairobi with lunch on the way. Upon  arrival  in Nairobi  you  will  be  dropped off at your Nairobi City Hotel. 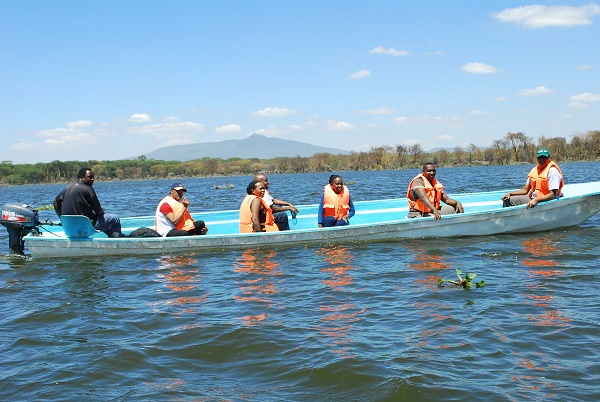 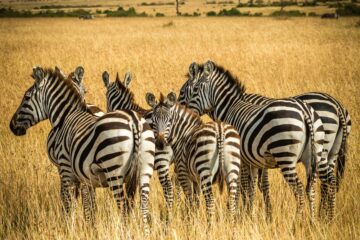 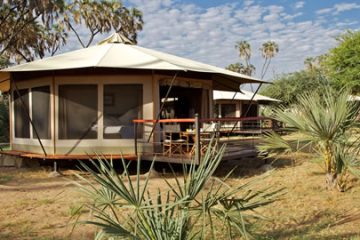