Warning: "continue" targeting switch is equivalent to "break". Did you mean to use "continue 2"? in /home/bisonsafarisco/public_html/wp-content/themes/adventure-tours/includes/classes/AtTourHelper.php on line 185
 Nzambani Rock - Bison Safaris - Best of Kenya budget and customized migration safaris 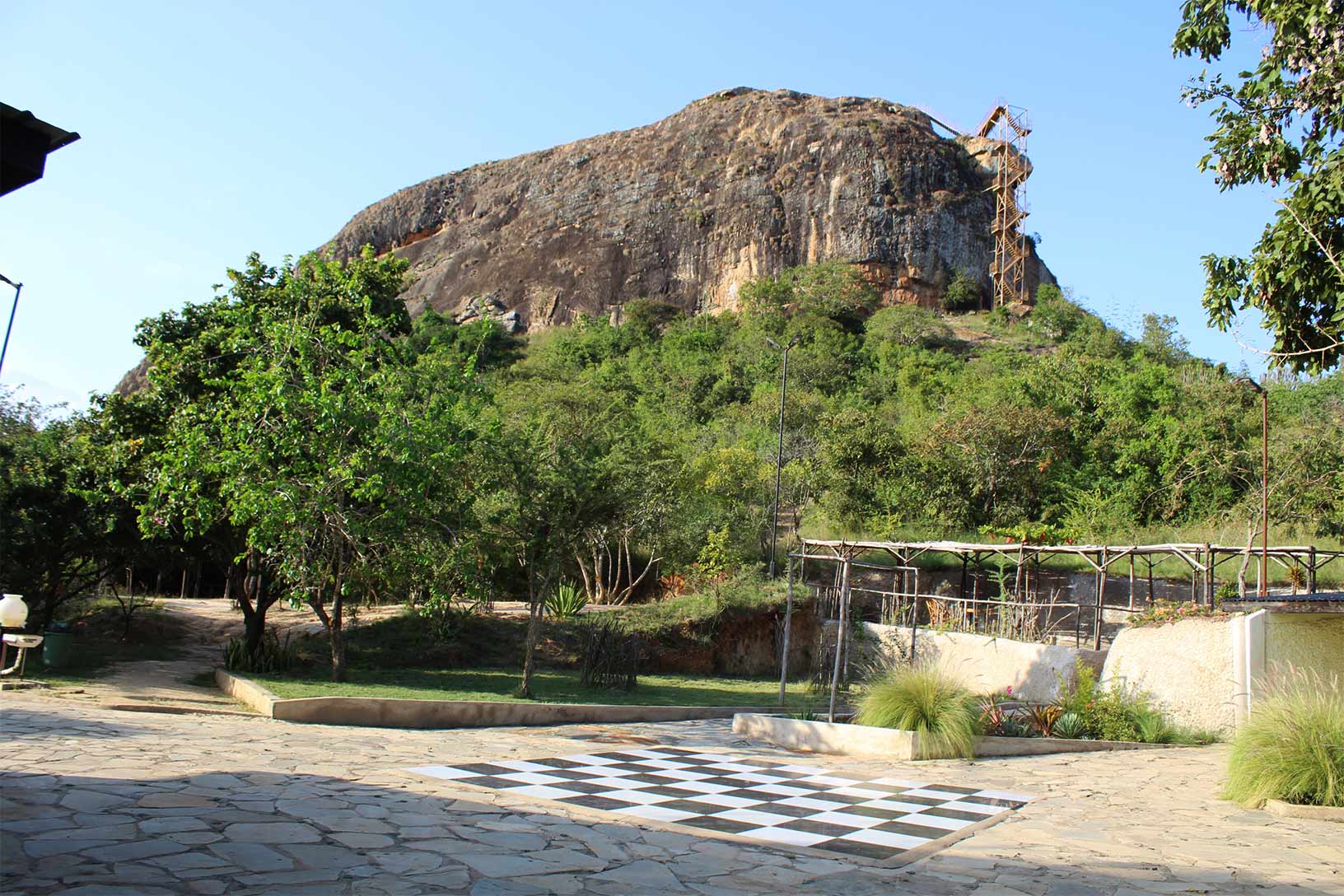 Ever thought of changing your gender to the opposite one? Then make a trip to Nzambani Rock in Kitui.

Locally known as ‘Ivia ya Nzambani’, it is a stone outcrop standing approximately 183m above the ground. The rock is situated about 8km from Kitui town along the rough Kitui-Mutitu road.

Tales surrounding the rock have since become a source of curiosity, attracting many tourists.

The rock is undoubtedly one of the country’s largest stone outcrops.

How did it come to existence?

“There was nothing here. It was a forest where people came to graze and look for firewood, but one day, three girls came looking for firewood, and one of the girls found a round stone, which she picked and hid in her chest so she could take it to her grandparents to use for pounding tobacco.”

The girls were dressed in animal skin, as there were no clothes. After some time, the girl realized it was growing big and heavy, and she had to stop collecting firewood. When the rest of the girls came, they found that their friend had turned into a rock apart from the head.

Her name was Nzambaa. She told her friends what happened and requested they help her, but they were not able as it was already getting dark and there were wild animals. The girls went to Nzambaa’s home and narrated to her parent, who went together with them and also tried to save the daughter, but it was impossible. Elders met and sacrificed a black sheep, which also failed to recover her.

The next day, they came back and found she had completely turned to rock. That is how Nzambani came to existence. The place has been used as a sacrificial place, especially when it was not raining.

The question that runs through everyone’s mind is: Has anyone ever changed their gender after going round seven times?

“One day, a boy said he wanted to be a woman as he felt women were treated better than men. When he approached the elders, he was told to go round the rock seven times very early in the morning. He did that all alone and by evening he had turned into a woman.”

Residents claim the stone is growing due to its shining allure and the undeniable fact that despite the trees around continue to grow throughout the years, they never surpass the rock’s height.