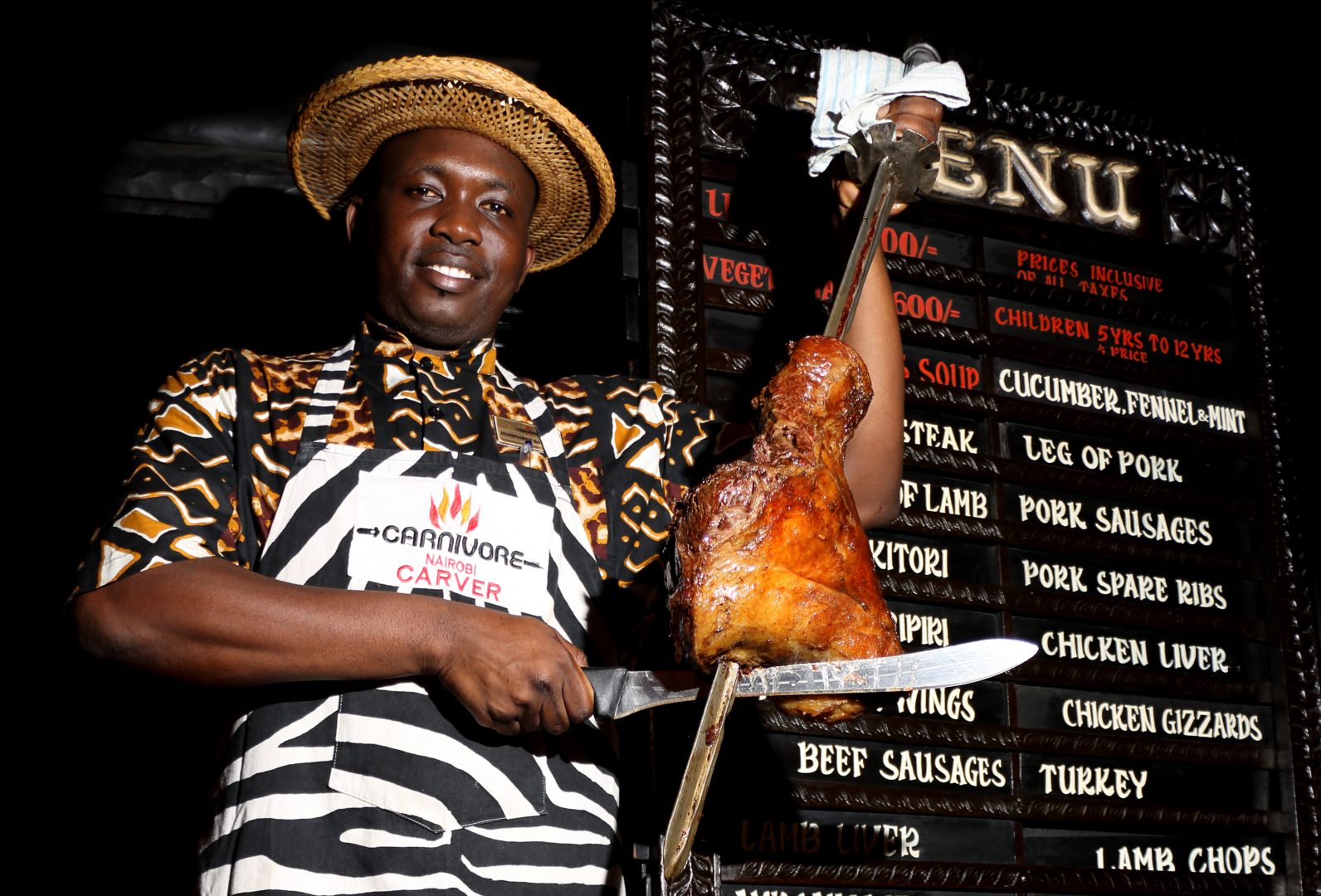 Located in the Langata suburb of Nairobi, Kenya, the Carnivore Restaurant is a meat-lovers paradise. Serving Kenya’s famous Nyama Choma (barbecued meat), it has twice held the honor of being named “one of the best restaurants in the world”. It is must stop on your African safari.

The Carnivore has been an icon for tourists, expats and locals for decades. At the entrance is a huge barbecue pit laden with real swords of beef, pork, lamb, chicken and farmed game meats such as crocodile and ostrich. It’s a memorable night out.

Carnivore’s specialty is meat, and features an all-you-can-eat meat buffet. The all you can eat meat buffet is called The Beast of a Feast. This includes four courses: soup, salad, meats, and dessert. The barbecued meats are the main attraction. Served are various cuts of beef, chicken, pork, and lamb as well as farm-raised ostrich and crocodile. One can choose instead to order off a menu with dishes such as chicken pot pie, beef and pork ribs, burgers, and sandwiches.

UK magazine Restaurant named Carnivore one of the 50 best restaurants in the world in 2002 and 2003, when you could dine here on exotic game meats. Its legend seemed assured. In recent years, however, strict new hunting laws mean that zebra, hartebeest, kudu and the like are now off the menu, and you have to be content with camel, ostrich and crocodile in addition to more standard offerings.

There is also a signature cocktail called dawa. Dawa means medicine in Kiswahili but it tastes much better than any medicine. It is composed of a healthy shot of vodka, lime, sugar, and crushed ice.

For those looking for a fun night, you can head to the adjoining nightclub called Simba Saloon where you put on your dancing shoes to the latest tunes – from contemporary African music to hip-hop, rock and jazz.