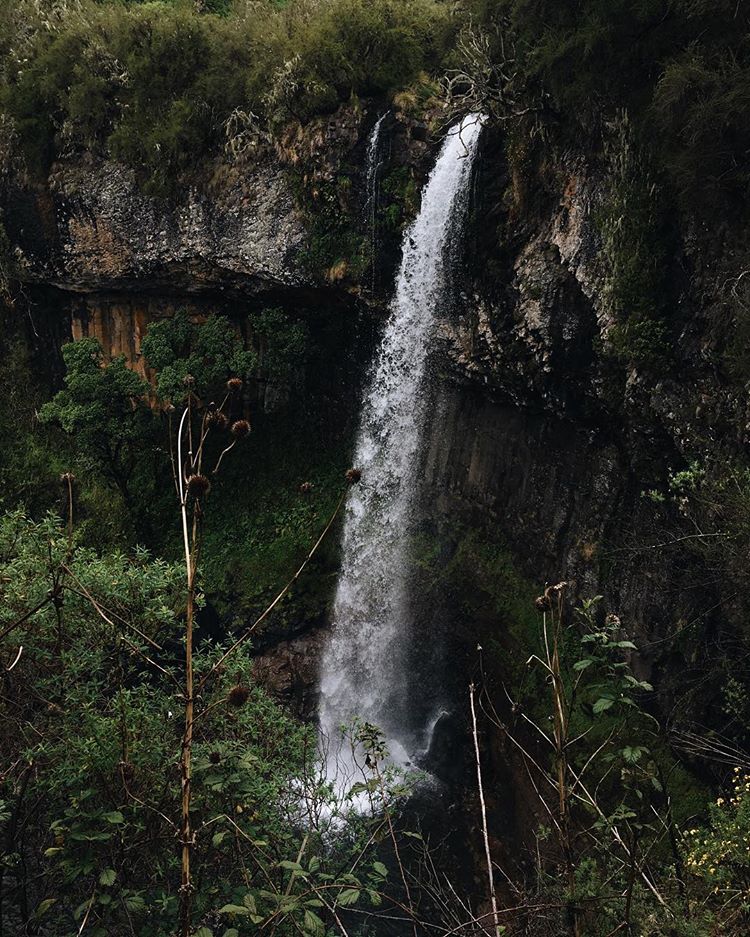 The Aberdare National Park is part of the Aberdare Mountain Range, a region of stunning and diverse landscape where jagged peaks soar up to 3,930m and deep ravines cut through the forested slopes. The park in the central highlands of Kenya retains an air of mystery – you can only imagine what undiscovered creatures still lurk here, such as rare Black Leopards.

The Aberdares are an isolated volcanic range that forms the eastern wall of the rift valley, running about 100 Km north south between Nairobi and Thompsons Falls. This beautifully scenic region is much cooler than the savannahs and offers a completely different perspective on the country.

The topography is diverse with deep ravines that cut through the forested eastern and western slopes and there are many clear streams and waterfalls. The Aberdares are an important water catchment area providing water to the Tana and Athi rivers and part of Central Rift and Northern drainage basins.

The National Park lies mainly above the tree line running along the 10,000 ft (3,048 meters) contour with some forest and scrub at lower altitude in the ‘salient’ area near Nyeri with the boundary running down to the 7,000 ft (2,296 meters) contour.

The unusual vegetation, rugged terrain, streams and waterfalls combine to create an area of great scenic beauty in the National Park. The park is surrounded by a predominantly indigenous forest, whose management is under a MOU between Kenya Wildlife Services and the Forest Department.

Animals that can be found on safari in Aberdare National Park include Elephant, Buffalo, the Black Rhino, Leopard, Baboon, Black and White Colobus Monkey and Sykes Monkey. Rarer sightings include those of Lions, the Golden cat and the Bongo – an elusive Antelope that lives in the bamboo forest.

Eland and several cats can be found higher up in the moorlands. Bird-watching is very good here with over 250 species of birds in the park, including the Jackson’s Francolin, Sunbirds and Plovers. The birds of prey are of particular interest with African Goshawks, Ayres’ Hawk Eagles, Rufous-breasted Sparrow Hawk and Mountain Buzzards.

Within the park, lies the Treetops Lodge and the Ark, the latter being a lodge built in the shape of Noah’s Ark. These provide day game drives and a choice of other activities as well as night game viewing in the Salient area of the Park with good sightings of Elephant, Buffalo, Lion and Rhino which are attracted to the saltlicks and waterholes each evening.

The experience in Aberdare National Park is unlike anywhere else in Kenya. The Park is most famous as the place where Princess Elizabeth found out that she was Queen upon the death of her father at Treetops Lodge. Since then this lodge has been popular with tourists on safari to Kenya.

The Ark Tree Lodge overlooks one of the largest salt-licks and waterholes in the Aberdare Mountains where you can see a variety of forest game unlike anywhere else in Africa. The lodge is built in the shape of an Ark and offers accommodation in en-suite rooms. The waterhole is floodlit so you can view wildlife at night.

Aberdare Country Club is nestled on a slope of Mweiga Hill in the Aberdare Highlands, part of the Great Rift Valley. Considered a heritage property in Kenya, The Aberdare Country Club has retained the charm of a private home with the simple comforts of a country inn. Activities include horseback riding safaris, golf, nature walks, game drives and more.

The Aberdare National Park covers the bulk of the heights of the Aberdare Mountain Ranges in Central Kenya. The best times to visit the Park are in January and February. Due to its high altitude the region is much cooler than the savannahs and coastal plains.